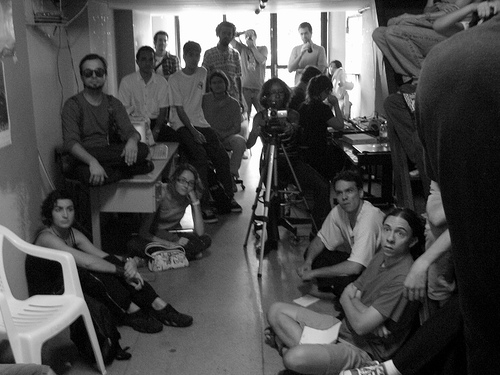 Cibersalão.br integrated physical and virtual spaces, through a digital platform where people could meet to discuss theories and practices regarding digital culture. The online and live discussions focused on the digital medium of Internet.

Cibersalão.br is a Brazilian version of the English festival cybersalon. The event has its origins in London, England, and is a resident in several areas of the city. In Brazil, the cibersalão is also a traveling project, that makes people move through different cities of the country, to put on confrontation and dialogue different local visions and techno-social uses of digital media.

The conversations of each cibersalão were broadcast live via radio / tv / internet, giving rise to a publication and a series of files available in a media library for public access on the web.

In Belo Horizonte, Minas Gerais, the debate was about “Web 2.0”, going through a recent Internet history, as well as its publishing tools, critical economic, reported benefits and real opportunities. 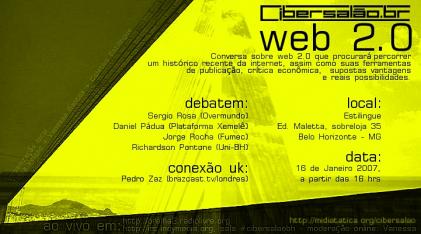